5 Books by African Authors You Need to Read 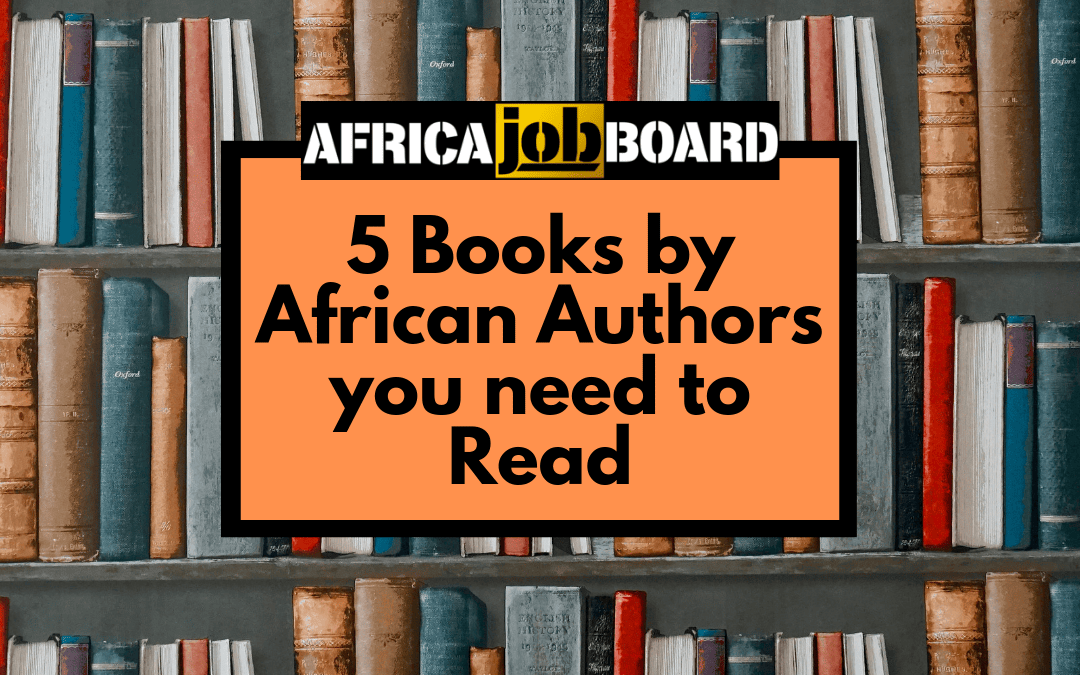 Set in post-apartheid South Africa, this novel follows David Lurie, a South African English professor who lost everything as a result of inappropriate sexual activity. Having lost his job, he moves in with his daughter on her Eastern Cape farm. The novel follows this father and daughter duo navigate their strained relationship while adjusting to the new democratic environment and shifting relations between races. However, it all goes downhill when they are attacked by three strangers on the farm. Disgrace explores the downfall of one man and dramatizes, with unforgettable, at times almost unbearable, vividness the plight of a country caught in the chaotic aftermath of centuries of racial oppression. Time magazine described the novel as, “A subtly brilliant commentary on the nature and balance of power in his homeland…Disgrace is a mini-opera without music by a writer at the top of his form.”

Favourite quote: “It was so personal,” she says. “It was done with such personal hatred. That was what stunned me more than anything. The rest was…expected. But why did they hate me so? I had never set eyes on them.”

He waits for more, but there is no more, for the moment. “It was history speaking through them,” he offers at last. “A history of wrong. Think of it that way, if it helps. It may have seemed personal, but it wasn’t. It came down from the ancestors.”

Half of a Yellow Sun – Chimamanda Ngozi Adichie

Half of A Yellow Sun follows Biafra’s impassioned struggle to establish an independent republic in Nigeria, and the chilling violence that followed. The novel is narrated through 3 characters: Ugwu, a houseboy: Olanna, the madam of the house: and Richard, an Englishman dating Olanna’s sister.  Half of a Yellow Sun is a remarkable novel about moral responsibility, the end of colonialism, ethnic allegiances, and class and race—and about the ways in which love can complicate them all. The novel has been praised by celebrated African authors such as Chinua Achebe and Binyavanga Wainaina and has won numerous awards.

Things Fall Apart has become one of the most famous and celebrated African novels of all time because the story, despite having a specific cultural setting, has a universal theme. Things Fall Apart tells two overlapping, intertwining stories, both of which revolve around Okonkwo, a “strong man” of an Ibo village in Nigeria. The first story traces Okonkwo’s fall from grace with the tribal world in which he lives. It provides us with a powerful fable about the immemorial conflict between the individual and society. The second story, which is as modern as the first is ancient, concerns the clash of cultures and the destruction of Okonkwo’s world through the arrival of aggressive, proselytizing European missionaries.

Favourite quote: “Turning and turning in the widening gyre

The falcon cannot hear the falconer;

Mere anarchy is loosed upon the world.”

The Joys of Motherhood – Buchi Emecheta

The novel follows Nnu-Ego, a woman struggling with fertility issues in a society that only values a woman for her child-bearing abilities. She is married off and, after “failing” to be a proper wife, is married off again to fulfill proper wifely duties. When she eventually has children, Nnu’s life centres on them and through them, she gains the respect of her community. Traditional tribal values and customs begin to shift with increasing colonial presence and influence, pushing Ego to challenge accepted notions of “mother”, “wife”, and “woman”. Through Nnu Ego’s journey, Emecheta forces her readers to consider the dilemmas associated with adopting new ideas and practices against the inclination to cleave to tradition. In this novel, Emecheta reveals and celebrates the pleasures derived from fulfilling responsibilities related to family matters in child bearing, mothering, and nurturing activities among women. However, the author additionally highlights how the ‘joys of motherhood’ also include anxiety, obligation, and pain. It beautifully speaks to the universal experience of womanhood and motherhood, and crosses cultural barriers whilst doing it.

Favourite quote: “God, when will you create a woman who will be fulfilled in herself, a full human being, not anybody’s appendage? she prayed desperately.”

Long Walk to Freedom is an autobiographical novel detailing the life of Nelson mandela. The novel tracks Mandela’s early life, coming of age, education and 27 years in prison. It is an inspirational true story about struggle, resilience in the face of adversity and forgiveness. It has become a celebrated autobiography that can be found of the shelves of almost every South African. The novel won the The Alan Paton Award, a South African literary award for meritorious works of non-fiction.

Favourite quote: “But I can only rest for a moment, for with freedom comes responsibilities, and I dare not linger, for my long walk is not ended.”

Have you read any of these books? Let us know your thoughts in the comments below!