Artificial intelligence and the workplace

Artificial intelligence is changing the world and the workplace as we know it. As the years and technology progress, new jobs will be created, whilst others will become obsolete. Some jobs will no longer require human workers. Whilst the rise of robots has created fear in many over loss of work, this progress is not entirely negative. Erik Brynjolfsson, Director of the MIT Initiative for the Digital Economy, points out that “The biggest misconception I’ve heard…is this idea that technology is going to come for all of our jobs and there’s nothing we can do about it. The reality is that it’s a more powerful tool than we have ever had before, that means we have more power to shape it going forward.” 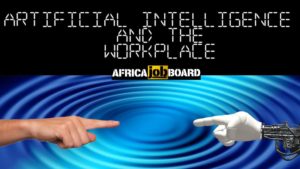 There are many expected jobs of the future that will largely be shaped by the presence of artificial intelligence. New skill sets will be required for these positions. These new jobs will incorporate an infusion of various skills, the majority of which will have a technological element. These jobs will solve old problems and explore new opportunities.

Jobs most likely to be affected by artificial intelligence are ones that require a higher degree of repeated, similar tasks — although not necessarily exclusively so — in fields ranging from finance, insurance and construction, to inventory managers, farmers, and taxi drivers. Jobs in more creative fields are more likely to remain, as these jobs rely on cognitive ability, natural language processing, and social and emotional capabilities. A report by ManpowerGroup states that “creativity, emotional intelligence and cognitive flexibility are skills that will tap human potential and allow people to augment robots, rather than be replaced by them.”

Adaptation is the way forward. An important way to prepare for the future is to work on soft skills, which will come to dominate the future. Skills of the future revolve around things that robots cannot (yet) do. These skills are more emotional and social in nature. As such, skills in demand are: cognitive flexibility, emotional intelligence, critical thinking, and creativity to name a few.

Chairman & CEO of ManpowerGroup, Jonas Prising says, “Now is the time for leaders to be responsive and responsible: we cannot slow the rate of technological advance or globalisation, but we can invest in employees’ skills to increase the resilience of our people and organisations. Individuals also need to nurture their learnability: their desire and ability to learn new skills to stay relevant and remain employable.”