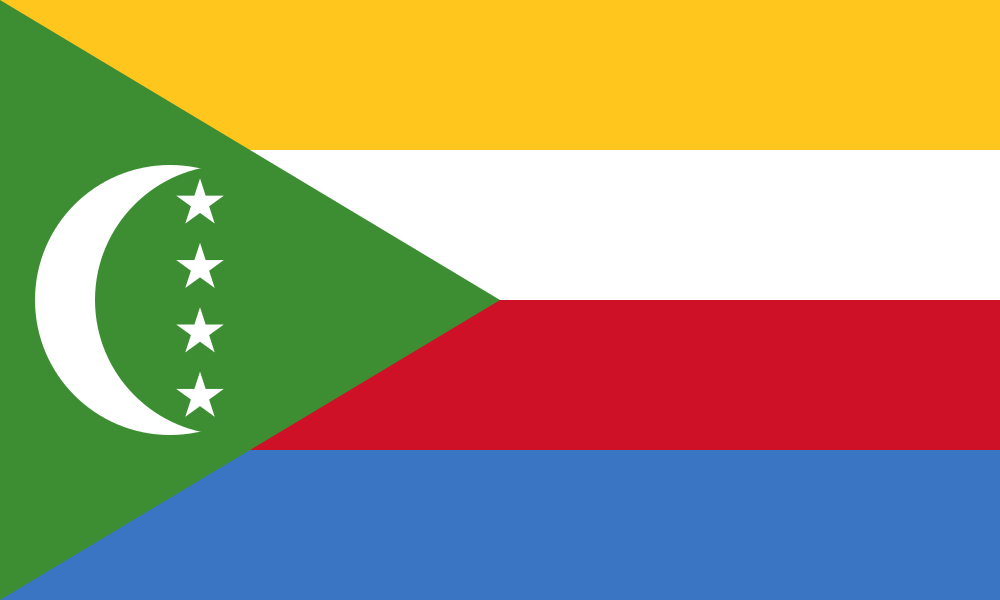 The Comoros African country is officially known as the Union of the Comoros and is a sovereign archipelago island nation in the Indian Ocean. Neighbours of this region are the Mozambique Channel, Madagascar, Tanzania and the Seychelles. Its capital is Moroni, on Grande Comore. Comoros is the world’s leading producer of essence of ylang-ylang, used in manufacturing perfume, and is the world’s second-largest vanilla producer of vanilla.

Comorian residents like to address their homeland as Masiwa, “the islands”. “Comoro” comes from the Arabic qamar, “the moon”. The language in Comoros encompasses numerous words of Arabic and French origin. All Comorians receive a Koranic education and learn to write their language in Arabic characters. Formal education is given in French.

Rice is the main daily diet for Comorians, along with manioc and other root vegetables, plantains, fresh and dried fish, and milk from grated coconuts.