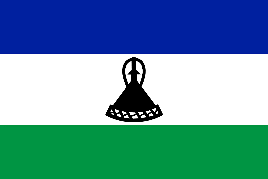 Lesotho is formally recognised as the Kingdom of Lesotho, is a landlocked country and enclave, completely surrounded by its only neighbouring country, South Africa. Lesotho has a population slightly over two million and its capital (largest city) is Maseru. Lesotho is a member of the Commonwealth of Nations. The name Lesotho translates roughly into the land of the people who speak Sesotho.

Lesotho has progressed in moving from a predominantly subsistence-oriented economy to a lower middle income economy exporting natural resources and manufacturing goods. The exporting sectors have brought higher and more secure incomes to a significant portion of the population.

On a culture note, traditional musical instruments include lekolulo, a kind of flute used by herding boys, setolo-tolo, played by men using their mouth, and the woman’s stringed thomo.