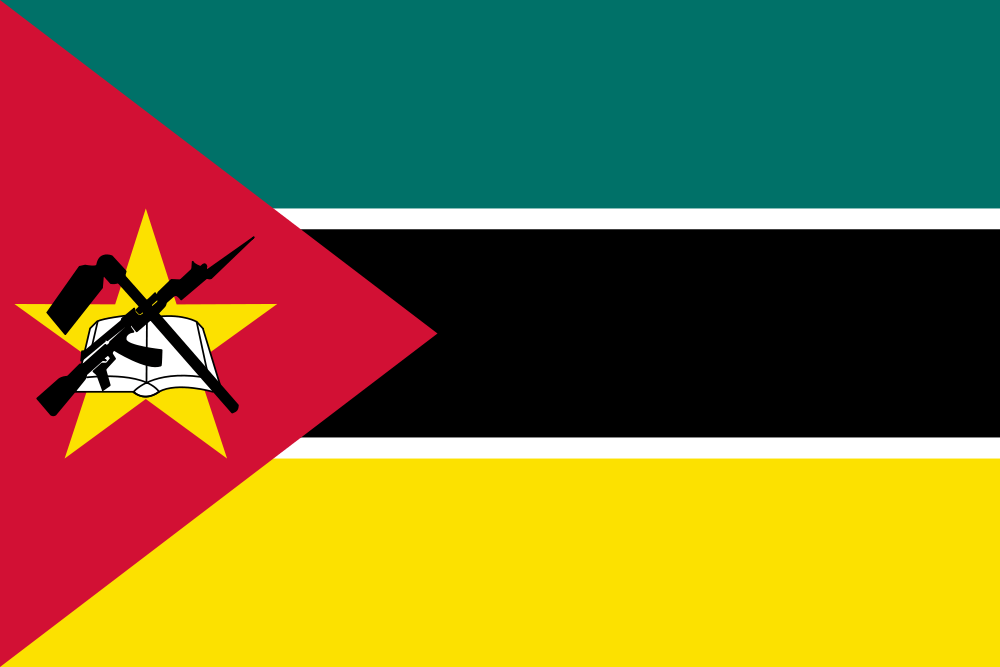 Mozambique, officially the Republic of Mozambique forms part of Southeast Africa and has Tanzania, Malawi, Zambia, Zimbabwe, Swaziland and South Africa as neighbours. The capital of Mozambique, Maputo, is the country’s largest city.

Mozambique embraces abundant rich and varied natural resources. The country’s economy is based largely on agriculture, but with industry, mainly food and beverages, chemical manufacturing, aluminium and petroleum production, is growing. The country’s tourism sector is also expanding and therefore improving the economy of Mozambique. However, the country ranks among the lowest in GDP per capita, human development, measures of inequality, and average life expectancy.

The only official language of Mozambique is Portuguese, which is spoken mostly as a second language by about half of the population. The largest religion in Mozambique is Christianity, with significant minorities following Islam and African traditional religions. Mozambique is a member of the African Union, Commonwealth of Nations, and the Community of Portuguese.