SA product named one of the most genius in the world

The 4-day work week
Two weddings and an exam

SA product named one of the most genius in the world 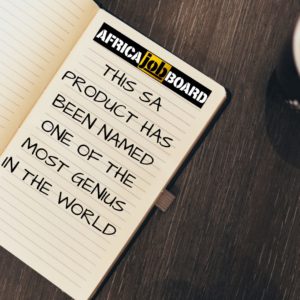 Time has released their inaugural list of the top 50 genius companies in the world, and this South African company made the list.

According to Time, companies who made it onto the list were chosen through consulting Time’s global network of editors and correspondents to nominate businesses that are inventing the future. They then evaluated candidates on key factors, including originality, influence, success and ambition. South African company Wonderbag has made this list. Created by Sarah Collins, Wonderbag joins the ranks of massive companies such as Netflix, Airbnb, Amazon, Apple, and Disney. So what is so special about Wonderbag? Let’s find out.

According to their website, the Wonderbag “is a simple but revolutionary non-electric, portable slow cooker. It continues to cook food (which has been brought to a boil by conventional methods) for up to 8 hours without the use of additional electricity or fuel. The Wonderbag business model is based on a buy one, donate one. For every retail Wonderbag bought, $1 is donated to the Wonderbag Foundation to subsidize Wonderbags and host WonderFeasts in vulnerable communities around the world.” The Wonderbag has proven quite popular. This year will mark 1.5 million Wonderbags in use worldwide.

“Our mission is simple: to economically empower women and girls across the world by addressing the critical daily challenges of time poverty, self-worth and cleaner, healthier cooking. We are about finding, supporting and innovating culturally relevant solutions to life’s challenges for communities around the world.”

“Food is the one thing that unites the world,” Collins says. “Often we need to look out of the box to look at change.”

The 4-day work week
Two weddings and an exam