This blog basically talks about how rice farming in Sierra Leone as well  as Africa needs more land investors. 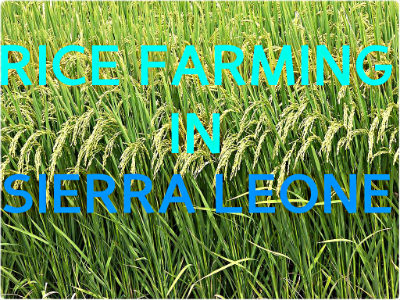 Regardless of how important rice production in Africa is,  productivity is still extremely low; did you know that rice farming in Sierra Leone only amounts to a production level of rice that merely feeds 64% of it’s population. Each person in  the region consumes around 100kg of rice on a yearly basis which leaves a shortfall of around 230,000 tonnes.

What is even more unbelievable is that ONLY 11% of the land that can be farmed in Sierra Leone is only made us of, leaving vast amount of potential farming land that could feed not JUST sIERRA Leone but more countries and narions across Africa.

Incredibly, only 11% of the land that could be farmed in Sierra Leone is – resulting in 50% of the required rice quota needing to be imported into the country.