The name “Zimbabwe” is based on a Shona term for Great Zimbabwe, an ancient ruined city in the country’s south-east whose remains are now a protected site. 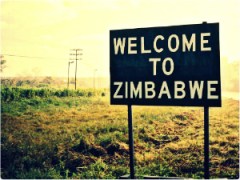 The success of Zimbabwe’s economy is based on mineral exports, gold, agriculture and tourism. Zimbabwean soil is extremely rich in raw materials. The mining sector remains very profitable, with some of the world’s largest platinum reserves.  The Marange diamond fields, discovered in 2006, are considered the biggest diamond find in over a century. In terms of carats produced, the Marange field is the largest diamond producing project in the world, estimated to produce 16.9 million carats in 2013 worth over $1 billion.

Zimbabwe is the biggest trading partner of South Africa on the continent.  Essentially there are 5 currency types active in the country; United States Dollar, Euro, Botswana pula, UK £ and the South African rand. Zimbabwe’s reef is platinum-rich and has a high base metal content resulting in high by-product credits and a very attractive economy. The Chamber of Mines on Zimbabwe monitors and regulates the country’s mineral industry. The country has reserves of metallurgical-grade chromite and additional commercial mineral deposits such as coal, asbestos, copper, nickel, gold, platinum and iron ore.

Responsible for providing Zimbabwe with electrical energy, the country has two larger facilities for the generation of electrical power.  The Zimbabwe Electricity Supply Authority is responsible ensuring this.

Oil and Gas in Zimbabwe

Zimbabwe has enormous deposits of coal and it has been established that that the country has good potential for coal-bed methane gas production. Zimbabwe uses hydro-electric power, coal, liquid fuel, wood fuel, solar power and biogas.